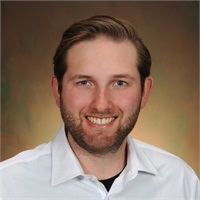 Austin joined Spencer Financial Services in 2021 after two and a half years at Amply Media. During his time at Amply, Austin started as a business analyst and received various promotions with his last title being Manager of User Acquisition. Austin was involved with the validation of financial data, improving workflow processes, and management of staff.

Austin received his Undergraduate Degree in Mathematics and played football at William Jewell College, the same alma mater as his brother and father. While at William Jewell, Austin served as a YoungLife Volunteer Leader in the North Kansas City Area.

Austin married his wife Cheyenne, who he met in high school, in October of 2019. In his spare time Austin likes to explore trails around the Kansas City Area with his wife, son, and two dogs. He also enjoys cheering on the Chiefs and Royals, and spending time outdoors hunting and fishing. Since graduating from college Austin has served as a Committee Member for YoungLife in the Kansas City North Area.